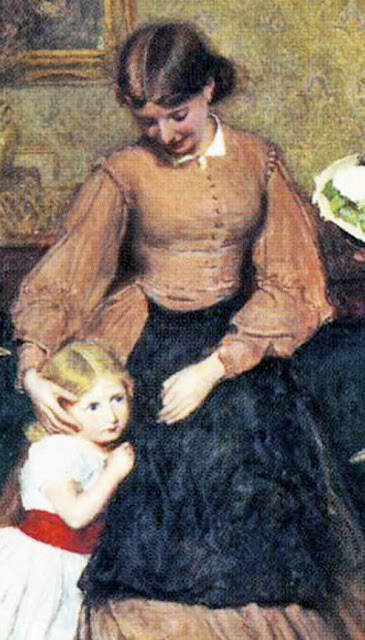 Mother needs another apron.  I had a few at our old house, but I got rid of some when we moved because they were getting ragged and old.  I had even won of those aprons in a giveaway several years ago.  That apron was very long, with a lovely cream ruffle at the bottom.  The children called it my "pregnancy apron" because it is the only apron that was big enough to accommodate my growing belly when I was with child.  However, it had gotten a bit of an odor that wouldn't come out in the washing, so I got rid of that one.  I packed another apron in our crate.  It is somewhat pretty with floral and pink, but it's just a bit silly as it says, "Queen of the Kitchen".

My great aunt had sewn me a lovely apron that had a bit of ruffles.  It had a pocket on the front where I would stick little things like notes from the children that they would give me when I was going about housework.  It was golden yellow with a tiny floral print, and accents of red.  When we moved, I accidentally left it behind hanging up on our kitchen, as if waiting for me to put it on in preparation for the next meal.  My great aunt had also sewn aprons for each of the girls.  Thankfully most of those were brought over, but we may have left one or two behind.

An apron is like a housewife's uniform.  I automatically put it on whenever I cook, as it keeps the splatters and stains off of my clothes.  The little children would love to snuggle up and hide under Mother's Apron. Especially when they were shy, it provided a little place for them to peek out from.  I like to have at least two aprons so that when one gets dirty, I can have it in the wash and wear my other apron.

So hopefully sometime soon I will be able to get another apron or two.  I have seen one or two in the superstores here, but they are not very pretty.  If I had a sewing machine, fabric, time, and know-how, I would make one myself (smiles).
Posted by Heavenly Home at 10:38

I love your comments. 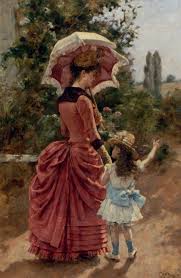 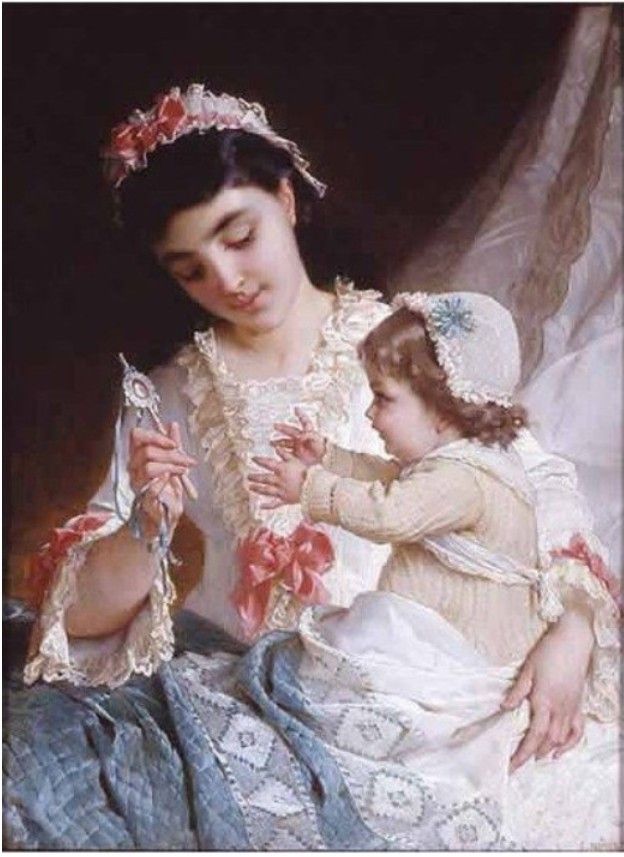 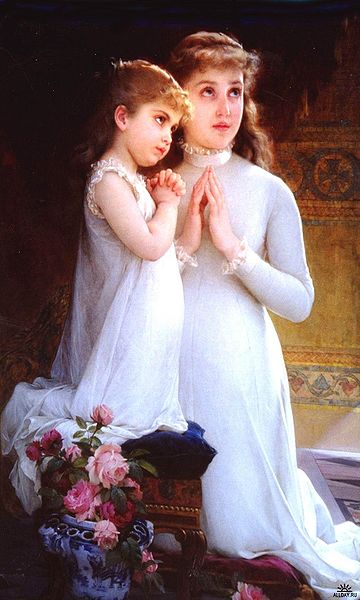 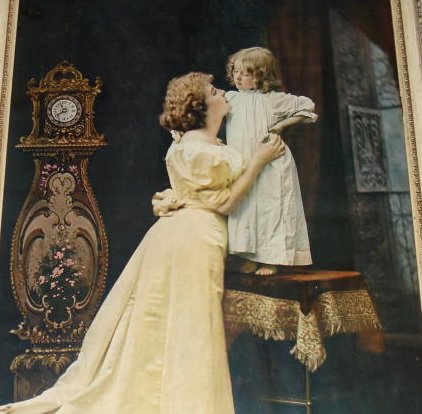